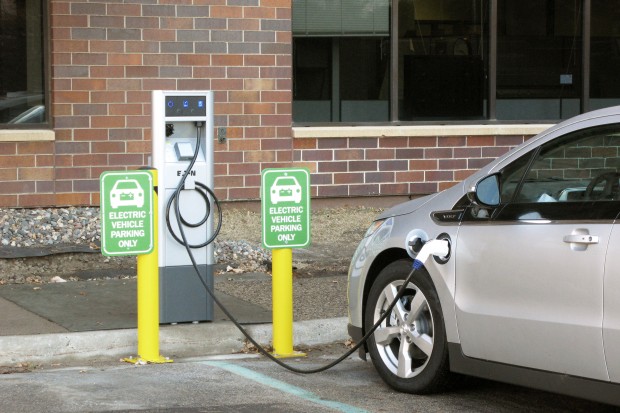 The Global Electric Vehicle Charging Infrastructure market accounted for $9.01 billion in 2018 and is expected to reach $96.95 billion by 2027 growing at a CAGR of 30.2% during the forecast period.

Rising focus of government agencies on providing funds to Original Equipment Manufacturers (OEMs) for the development of charging stations is driving the growth of the market.

However, several costs associated with the infrastructure, including installation costs, maintenance costs, and operational costs are negatively impacting the market growth.An electric vehicle network is an infrastructure system where publicly accessible charging stations are being provided to recharge electric vehicles.

ECS (electronic charging station), and EVSE (electric vehicle supply equipment), is an element in an infrastructure, which supplies electric energy for the recharging/charging of plug-in electric vehicles, including electric cars, neighborhood electric vehicles, and plug-in hybrids.Based on charger type, the fast charger segment has a growing prominence in the forecast period owing to the increasing demand for its deployment in commercial stations.

On the basis of geography, Asia Pacific is likely to have a huge demand in the forecast period due to the Governments in various countries such as China, Japan, and South Korea are heavily investing in the development of charging infrastructure.Some of the key players in Electric Vehicle Charging Infrastructure Market include BP Chargemaster, ABB, Eaton, General Electric, Schneider Electric, ChargePoint, Inc., ClipperCreek, SemaConnect, Inc., AeroVironment Inc., Tesla, Inc., Delphi Automotive LLP, Leviton Manufacturing Co., Inc., Webasto, and Siemens.